We do not catch clever fish

Scientist have investigated the fish populations at the coast of Mallorca in the Mediterranean Sea and found that some fish species show enhanced gear-avoidance behaviour in regions with high angling intensity compared to fish exposed to low levels of exploitation near marine protected areas. The consequence is the impression that there are less fish in the sea, which does not necessarily agree with underwater reality. The researchers investigated the carnivorous painted comber (Serranus scriba) and were amazed when finding a strong correlation between high fishing intensity and hook-avoidance behaviour of painted comber: This species had starkly changed the behaviour from aggressively attacking the baited hooks in the natural environments with low fishing pressure to being shy in exploited sites where they were able to recognize the fishing gear and avoid hooking. The explanation may involve both genetic change towards increased shyness and learning to avoid future capture. 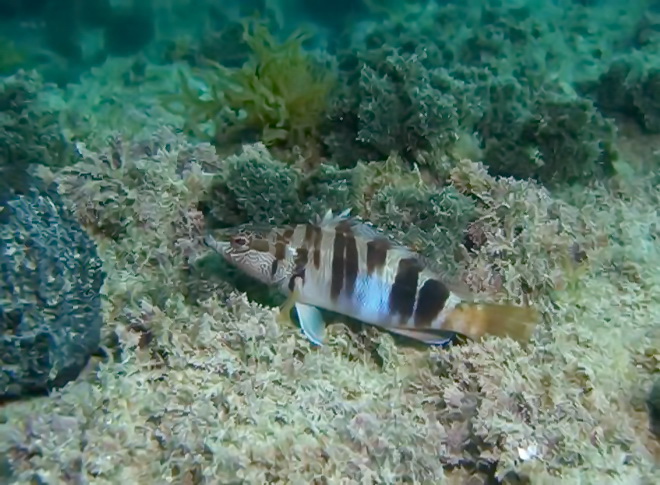 Photo: Josep Alós Although the catch rates of comber in areas with high fishing intensity were half of those in low exploited and marine protected areas both sites showed similar fish densities as recorded by underwater video. “These results suggest that recreational angling may contribute to patterns of hyper depletion in catch rates without a corresponding change in the fish population where catch rates declines stronger than the abundance of fishes”, the first author of the study, Josep Alós, comments. And further: “Reports on the dramatic decline of fish populations in the ocean which were only based on fishery-dependent data, for example data from the long-line fishery of tuna, cod or swordfish, could also have their cause in enhanced gear-avoidance behaviour of those fishes. We have to rethink our monitoring of fish stocks and take the behavioural changes into account. Maybe some areas with high fishing intensity host more fish than we believe”, concludes study leader Robert Arlinghaus. Source: Alós, J., Palmer, M., Trías, P., Díaz-Gil, C., Arlinghaus, R. (2015). Recreational angling intensity correlates with alteration of vulnerability to fishing in a carnivorous coastal fish species. Canadian Journal of Fisheries and Aquatic Sciences, 72: 217-225.
Previous post
Next post