Scientific studies have clarified that the equation relating the size and weight of the eastern Bluefin tuna stock (including the Mediterranean one) underestimates the actual weight up to 12.5 per cent for larger specimens. This is bad news for purse seiner catching tuna alive for fattening farms: The old equation, implemented to the sizes estimated by stereoscopic cameras intended to control purse seine catches in the Mediterranean would cause lower catch estimates than the actual ones, so their official statement would be underestimated, explained José Luis Cort, main author of the study and researcher at the Oceanographic Centre of Santander in Spain. 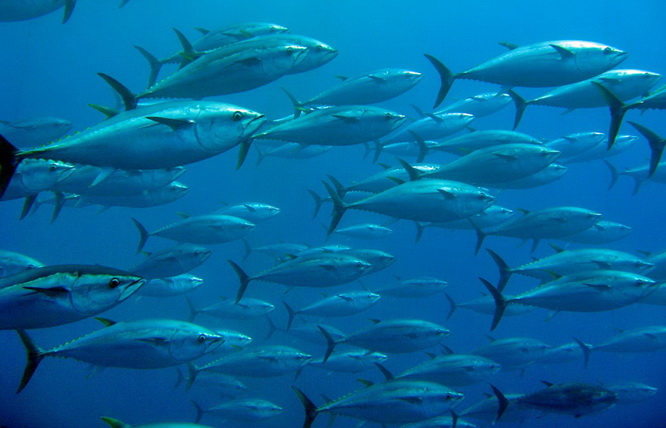 Second result: After analyzing more than 2.4 million data of bluefin tuna specimens, it was concluded that the maximum length of the species is 3.3 m, which according to the size-weight formulas equals 725 kg, which is the largest official record in existence of this species.
Previous post
Next post