25 new Fish-Aggregating Devices (FADs) at the Somalia coast should boost the small-scale artisanal fisheries, and to tackle the underlying causes of piracy: Degradation of local fisheries, high levels of youth unemployment, and food insecurity. The FAO-program has been funded by Japan.FAO worked with 20 communities to identify the deployment locations and ensure that the FADs would be accepted and well used. The 25 FADs devices have been deployed in deepwater locations and are anchored to the seabed. They consist of a floating buoy and a plastic mat a few metres across. Algae quickly grow under the mat, quickly attracting the entire food chain right up to and including tuna, sharks, marlin and other predators. 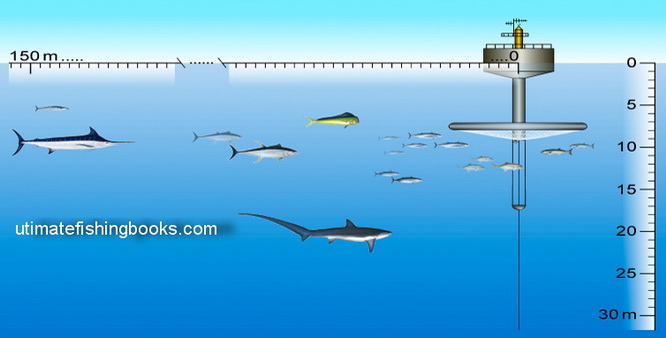 The development of FADs has dramatically improved the searching efficiency of purse seiners and today approximately half of the global tuna catch comes from this fishing practice. According to a study conducted in Japan, thousands of yellowfin and skipjack tuna and up to 20 other fish species gather underneath large industrial FAD’s. The buoys on these artificial reefs are about 7 meters in diameter. A horizontal artificial reef is attached underneath the buoy at a depth of 8 m, which is approximately 16 m in diameter, consisting of fine plastic mesh. A heavy weight suspended on steel cables helps keep the arrangement in an upright position. The most recent generation of FADs are equipped with echosounders that transmit daily or hourly estimates of biomass beneath the buoy and let the mother ship know when a harvest is worthwhile. 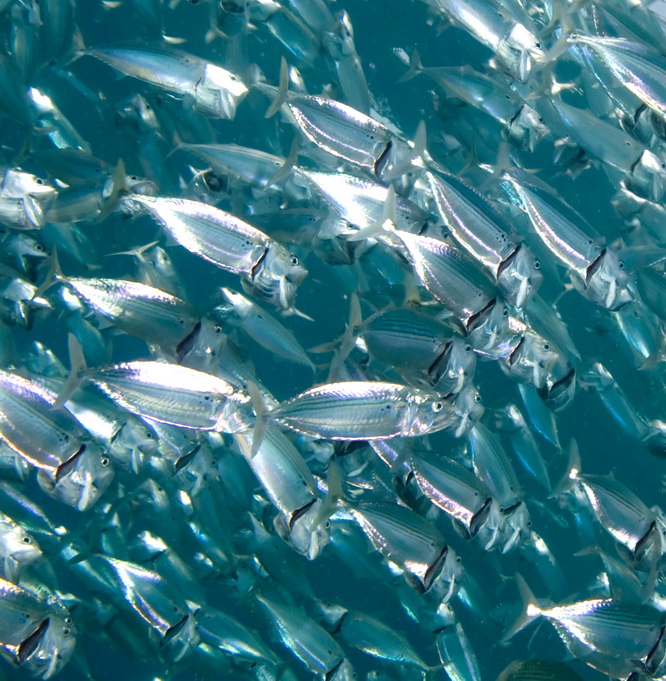 At the end of the 1990’s, a total of 17 simple FAD’s made from old oil barrels and sacks of rice were anchored at a depth of 80 m off the Cape Verde island of Maio to help keep the quickly passing yellowfin tuna within reach of the handliners. With resounding success: After a period of 2-4 weeks, so much plankton had formed on the bags of plastic fabric that the FAD’s became productive. 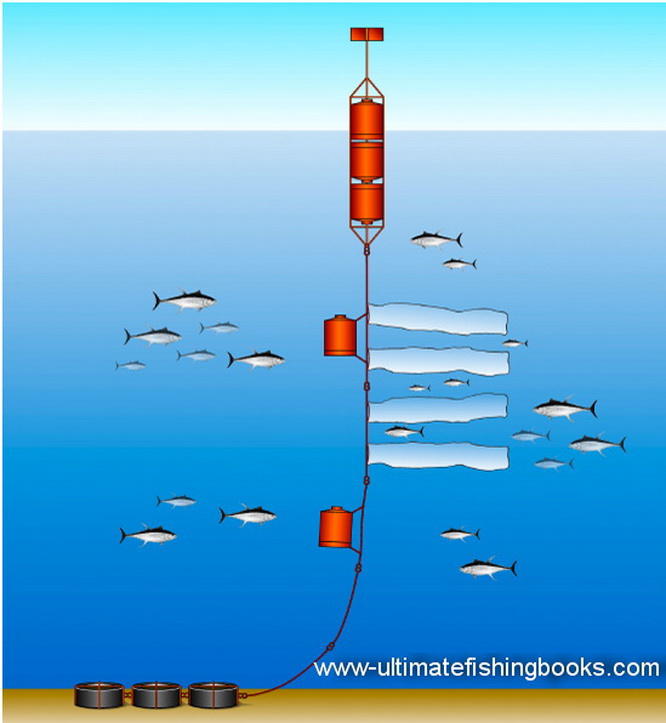 The record at one of these simple structures was 7,000 kg of fish within one week instead of the usual 200-300 kg. Within a period of 14 days, five small canoes were able to land a total of 1,700 kg of various types of tuna, dolphin fish, jacks and other species at a value of $3,200. A result that would not have been possible before then. Fatal impact Biologist fear that the introduction of countless FAD’s in the Indo-Pacific may have changed the migratory behavior of skipjack schools since the number of freely mixed migratory swarms of skipjack, bigeye and yellowfin tuna fell sharply, making sustainable fishing that would back up the stocks hardly possible. According to stomach content analyses of yellowfin tuna and marlin caught near FAD’s, the predators hardly ever feed on the smaller fish that live there. They seem to use the FAD’s as spawning stations instead, as demonstrated by larvae that had been discovered there. &nbsp; Ancient fishing technique Even the ancient Greeks knew how to catch fish around a floating device. The biologist Oppian reported the following during the second century: &nbsp; The Hippurus (dolphinfish or mahi mahi), when they behold anything floating in the waves, all follow it, closely in a body, but especially when a ship is wrecked by the stormy winds. And for the Hippurus men may contrive other devices and without the wreck of ships pursue their prey. The fishermen gather reeds and tie them together in bundles which they let down into the waves and underneath they tie a heavy stone by way of ballast. 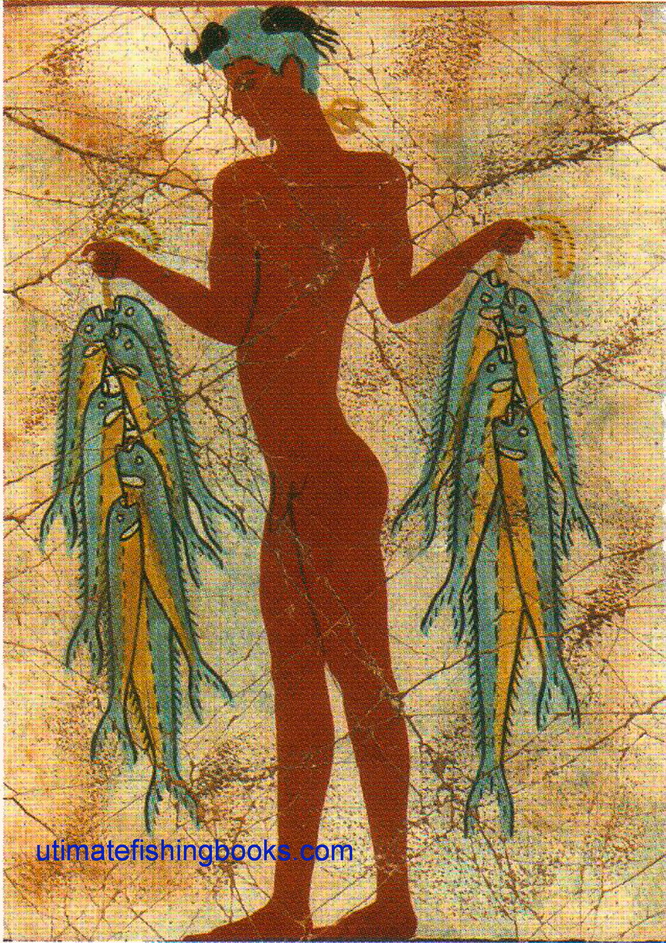 All this they let sway gently in the water; and straightway the shade-loving tribes of the Hippurus gather in shoals and linger about delightedly rubbing their backs against the reeds. Then the fishers row to them to find a ready prey, and bait their hooks and cast them, and the fish seize them, hastening therewith their own destruction. &nbsp; That what Oppian describes here is nothing more than the forerunner of a modern FAD. &nbsp;
Previous post
Next post